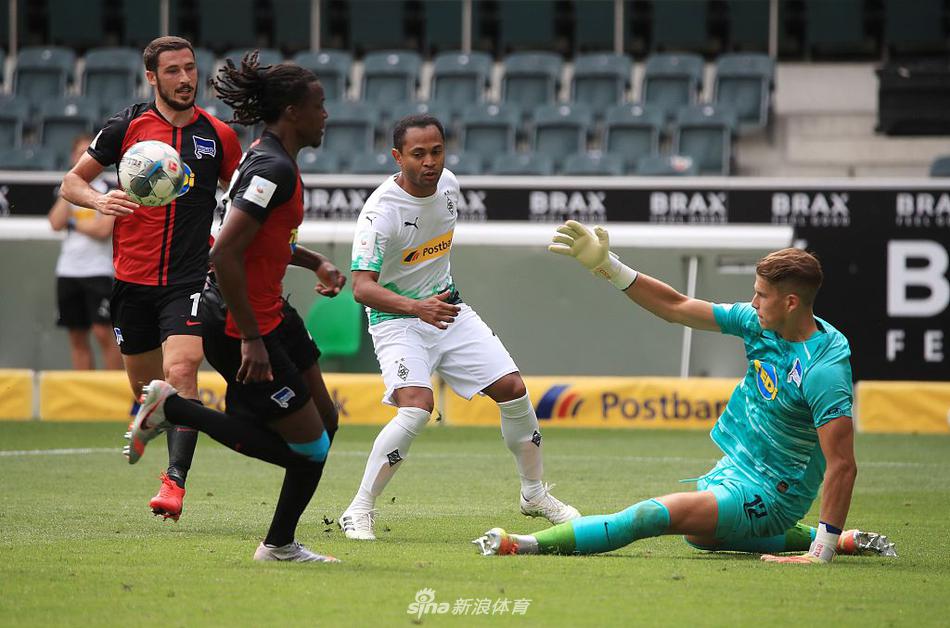 Bio:Chunhui Zhao has been a Professor with the College of Control Science and Engineering, Zhejiang University, Hangzhou, China. Her research interests include statistical machine learning and data mining for industrial application. She has authored or coauthored more than 120 papers in peer-reviewed international journals. She has published 2 monographs and authorized 21 invention patents. She has hosted more than 10 scientific research projects, including the NSFC funds, provincial projects and corporate cooperation projects. She was the recipient of the National Top 100 Excellent Doctor Thesis Nomination Award, New Century Excellent Talents in University, China, and the National Science Fund for Excellent Young Scholars, respectively. She has also obtained the first Automation Society Young Women Scientist Award, the Process Control Youth Award, etc., and is now an IEEE senior member. She has served AE of three International Journals, including Journal of Process Control, Control Engineering Practice and Neurocomputing, and two domestic journals, including Control and Decision, and Control Engineering.

Abstract: A dynamic controlled principal component analysis (DCPCA) algorithm is proposed to extract desirable latent variables and construct the pattern space of industrial process from a set of measured variables. The constructed pattern space contains the most variations of process variables caused by free motion, as well as the forced movement subjected to the causality originating from control inputs. Consequently, the pattern can characterize the process running state maximally and comprehensively with the minimum dimensions, and the pattern motion equation can be identified to describe the dynamic behavior of industrial plant. After that, a dynamic reference programming-based MPC is designed to drive pattern to track the optimal operation point with zero steady-state error if the target is reachable, otherwise the pattern is steered to a suboptimal but closest position to the target. This MPC strategy is characterized by parameterized reference inputs and enlarged terminal constraint set derived from null space analysis, which could guarantee the maximum reachable optimization area is lossless when solving the objective function.

Abstract: Accurate brain neurofiber tract identification promises to have a high impact in fundamental neuroscience and its clinical applications. However, state-of-the-art fiber tracking algorithms are driven by local symmetrically orientation fields estimated from diffusion MRI, representing the local tangent direction to the white matter tract of interest. Conceptually, the principle of inferring connectivity with streamline prorogation from local symmetrically orientation fields can lead to problems as soon as pathways overlap, cross, branch, and have complex geometries. Usually, tractography-based connectome is dominated by lots of false-positive connections. This project will propose an asymmetric tensor stream-flow fiber tracking methods and its application in cranial nerve atlas reconstruction. Firstly, a stream-flow differential equation based on computational fluid mechanics will be presented for describing nerve fiber bundle. The asymmetric fiber geometries is expressed as the distribution of streamline cluster in tensor vector field which extends the streamline prorogation to more general stream-flow way. Then, an data driven automated neurofiber tract identification algorithm will be proposed for connectome-based cranial nerve tractographic atlas based on asymmetric global fiber tracking. Its potential clinical applications in neurosurgical planning and neurodegenerative diseases are presented.

Bio: Yuanjing Feng holds a Ph.D in control science and engineering from Xi’an Jiaotong University, M.S. in Mechanical design and theory from Northwest A&F University. Currently, he is the Director of the Institute of Information Processing and Automation and is working as a professor at Zhejiang University of Technology. He is a visiting scholar from January 2010 to February 2012 and October 2018 to April 2019 in Laborary of Mathematics in Imaging at Harvard Universtiy, where he worked with Professor Carl-Fredric Westin. To date, he has authored more than 40 peer-reviewed journal articles (including Automatica, Medical Image Analysis, NeuroImage, Brain research) and MICCAI, ISBI. His interests include data driven modeling and optimization in field of intelligence transportation system, medical image analysis.

Abstract: Industrial energy resource saving is capable of not only improving the enterprise profits, but also carrying out the significant strategy meaning for our country. Given the fixed technical process and equipment, the optimization scheduling of the industrial energy system is the most important approach for such a goal. However, the most industrial energy systems exhibit a very complicated structure, which can hardly establish a mechanism based model to describe such a system, and the existing manual scheduling method makes the decision making process tardily. A class of data-driven predictive scheduling methodology is proposed. In detail, considering the consistent modeling, the quantitative uncertainty description, and the semantic characteristics of the energy data, the short-term prediction model, the prediction interval one and the long-term model are respectively reported, and a rolling optimization technique with the procedures of prediction-scheduling-validation is proposed. The mentioned approaches have been successfully applied to a number of industrial enterprises in our country.

Bio: Jun Zhao is now the director of Intelligent Control Institute with the School of Control Science and Engineering, DUT, China. He has authored or co-authored over 100 technical publications in refereed journals and conference proceedings. He serves as associate editors for several top tier journals including Control Engineering Practice, IEEE TNNLS, Information Sciences, etc. From 2015, he became a Technical Committee member (TC6.2) of IFAC MMM society. In 2018, he obtained the First Class Prizes of Science and Technology Progress Award of CAA (Chinese Automation Association), and is now the scientist-in-chief of a National Key R&D Program of China. In addition, he was the recipient of Young Scholar of Yangtze River from Ministry of Education of China in 2016, and received the Excellent Young Scholar funding supported by National Natural Science Foundation of China in 2015. He is also the recipients of the Best Application Paper Award of WCICA2014, and the Zhang Zhongjun Best Paper Award of CPCC 2016.

Abstract: Many problems of recent interest in control and machine learning can be posed in the framework of mathematical optimization. As data gets larger and more distributed, distributed algorithms over networks offer ample opportunities to improve the speed and accuracy of optimization. In this talk, we shall exploit the distributed gradient tracking technique (DGT) to solve large-scale optimization and learning problems, e.g., the fully Asynchronous DGT which is easy to implement in directed networks with distributed datasets and robust to bounded transmission delays, while maintaining a linear convergence rate if local functions are strongly-convex with Lipschitz-continuous gradients. Moreover, we adopt the DGT to design distributed algorithms with explicit convergence rates for the distributed resource allocation and distributed training over networks, respectively. Experiments are included to show their advantages against the-state-of-the-art algorithms.

Bio: Keyou You received the B.S. degree in Statistical Science from Sun Yat-sen University, Guangzhou, China, in 2007 and the Ph.D. degree in Electrical and Electronic Engineering from Nanyang Technological University (NTU), Singapore, in 2012. After briefly working as a Research Fellow at NTU, he joined Tsinghua University in Beijing, China where he is now an Associate Professor with tenure in the Department of Automation. He held visiting positions at Politecnico di Torino, The Hong Kong University of Science and Technology, The University of Melbourne and etc. His current research interests include networked control systems, distributed algorithms and learning, and their applications. Dr. You received the Guan Zhaozhi award at the 29th Chinese Control Conference in 2010, a CSC-IBM China Faculty Award in 2014, and the ACA Temasek Young Educator Award in 2019. He received the National Natural Science Fund for Excellent Young Scholars in 2017.

Abstract: Iterative learning control is an effective control strategy for repetitive systems by utilizing the input and output information of the previous iterations. It has been shown advantageous in dealing with high nonlinearity and complexity while achieving good tracking performance of high precision. In this talk, we will report recent advances in iterative learning control with incomplete information. Here, incomplete information is generally caused by various practical issues such as data dropout, quantization, varying trial lengths, and communication constraints. The control design and analysis under these issues will be elaborated.

Bio: Dong SHEN received the B.S. degree in mathematics from Shandong University, Jinan, China, in 2005. He received the Ph.D. degree in mathematics from the Academy of Mathematics and Systems Science, Chinese Academy of Sciences (CAS), Beijing, China, in 2010.From 2010 to 2012, he was a Post-Doctoral Fellow with Institute of Automation, CAS. From 2016 to 2017, he was a visiting scholar at National University of Singapore. From 2019 July to August, he was a visiting scholar at RMIT University. From 2012 to 2019, he was with College of Information Science and Technology, Beijing University of Chemical Technology, Beijing, China. Since Dec 2019, he has been a Full Professor with School of Mathematics, Renmin University of China, Beijing, China.His current research interests include iterative learning control, stochastic control and optimization, machine learning and its applications. He has published more than 110 refereed journal and conference papers. He is (co-)author of four monographs, published by Springer, Wiley, and Science Press, respectively. Dr. Shen received IEEE CSS Beijing Chapter Young Author Prize in 2014. He is a Senior Member of IEEE.

Abstract: Generally, an accurate model can describe the operating status of a system more effectively and provide a more reliable theoretical basis for the system optimization and control. To distinguish from the traditional invasive modeling, a non-invasive modeling method based on mechanism and data hybrid is proposed for we-energy, a typical energy system. By using this method, non-invasive modeling for the energy system including photovoltaic, wind power, energy storage devices and energy coupling devices can be carried out. Firstly, the meteorological data, energy output and price curve are utilized to analyze and extract the characteristic of we-energy, and then the characteristic database is established. Afterwards, by taking the port energy data of we-energy as the random noise input, the GAN generator is improved and more applicable to we-energy characteristic. The feedback evaluation of GAN discriminator is utilized to guide the generator model, and we-energy model is established by the output of the discriminator. This model can accurately demonstrate the static and dynamic characteristic of the terminal integrated energy unit, laying a foundation for the collaborative optimization of the integrated energy system.

Bio: Qiuye Sun (M’11) received the M.S. degree in power electronics and drives and the Ph.D. degree in control theory and control engineering from Northeastern University, Shenyang, China. He is currently a full Professor with Northeastern University and obtained Special Government Allowances from the State Council in China. He has authored or coauthored over 200 papers, authorized over 100 invention patents, and published over 10 books or textbooks. He is an Associate Editor of IEEE TNNLS, IEEE Access, IEEE/CAA Journal of Automatica Sinica, CSEE Journal of Power and Energy Systems, IET Cyber-Physical Systems, Journal of Control and Decision, Mathematical Problems in Engineering. His current research interests include optimization analysis technology of power distribution network, network control of Energy Internet, Integrated Energy Systems and Microgrids.

Abstract: Stochastic degradation data analysis is the basic and core component to implement life prognosis and health management of complex engineering systems. Extensive studies on this subject have been witnessed in the fields of reliability and system engineering. This report will be focused on challenging and fundamental problems in data modeling and model solution for the remaining useful life prediction of stochastic degrading systems. The emphasis will be placed on techniques dealing with linear models, nonlinear model, and switching models. Finally, the future directions will be discussed.